Number one on our list is the very popular G. Agofure Motors popularly referred to as Agofure Motors. It is located at 154/158 P. T. I. Road, Effurun GRA, Warri which is also its head office. It also has another major transport terminal at Deco Road Warri. The transport line is owned by Olorogun Godwin Omote Agofure, a prominent Deltan known for his affluence.

Agofure Motors is popular for its large numbers of buses and variety of vehicles. The transport line travels to different parts of the country from Warri, among the list of locations are Enugu, Port Harcourt, Lagos, Aba, Onitsha, Owerri, Umuahia etc. Their drivers are known to be very experienced and maintain the required level of speed as stipulated by the company.

They have cars with AC and comfortable seats. Agofure Motors has very large number of passengers daily and enough buses to accommodate them. The transport line has been so successful that it keeps upgrading their terminal. They are also known for producing one of the best bread in Delta State, called Agofure bread which is produced in their Bakery which is also located at their head quarters.

Agofure Bakery has varieties of breads which passengers purchase while travelling. The company also owns several filling stations where drivers refill their buses with fuels while travelling. They also have a parceling service that residents use for their waybill. This transport line prides itself for having over 1000 workers, all involved in making sure passengers enjoy a comfortable and safe journey.

Agofure Motors has been in existence for over 15 years and they have succeeded in dominating the transport industry in Warri and even outside the city. This transport line is undoubtedly the most popular in the city of Warri.

God is Good Motors is one of the most popular transport company in Nigeria. This company has been able to make a name for itself in the city of Warri. Located at Airport Junction, Warri, the transport line is known for its first class treatment of its passengers.

Founded by the late Edwin Ajaere in Edo State, and now managed by his son Chidi Ajaere, the company is known for its unique method of handling things. First of all their drivers are referred to as pilots and not drivers. Also GIGM as it is known for short made the online booking of land transportation popular in Nigeria. On their website passengers can book their vehicles ahead and even make their preferred choice of seat.

GIGM drivers and various staffs are very respectful and friendly and they assist customers with any request the passenger might have. They also made carrying of luggage for passengers very popular. GIGM also have new and roadworthy vehicles, comfortable seats and very experience and efficient drivers(pilots).

Some of the locations their vehicles travel to include, Benin, Abuja, Lagos, Port Harcourt, Enugu, Onitsha, Kano and lots more. Their prices are slightly higher than the average transport line but if what you require is a first class transport experience then you should go for this.

Delta City Transport line is also known as “Uduaghan Motor”. Founded by the immediate past governor of Delta Stat Dr Emmanuel Eweta Uduaghan under the ministry of transport, the initiative was created to reduce the cost of transportation in the state. The transport line is managed by Olorogun Godwin Omote Agofure owner of G. Agofure Motors.

This transport line travels to various towns and villages in the city and it is used by many business people as well as students. Some of the route it covers include, Abraka, Oleh, Ozoro, Sapele, Agbor, and lots more. It is the cheapest and most used transport line in Warri. If you desire a pocket friendly means of transportation within Delta State then you should consider using it. But you have to note that you will have to wait for hours before you can get a vehicle.

This is another transport line that is popular in the city of Warri. It is located at 299 Effurun/Sapele Road, Warri. It has its head quarters in Benin city and several bus terminals in various states.

It has been in Warri for over 10 years now and has large number of passengers. Some of the route it covers include, Benin, Auchi, Lagos etc. Osariemen Motors buses are good and comfortable and it is particularly good for traders and students because you have enough space to place your goods and luggage.

Muyi Line in Warri majorly goes to Benin and many students living in Warri and schooling in Benin mostly use this transport line. At their terminal there are numerous buses readily available therefore passengers are not made to wait long before boarding a bus.

This transport line is very popular for its space buses (sienna). They are located at Plot 12 Airport Road, Warri. Greener Line has been in Warri for a long time stamping its name in the heart of the residents. Their buses cover very long distance and are comfortable for long distance journey.

Some of the places their vehicles travel to include, Lagos, Kano, Kaduna and Abuja. Their buses are also available for private hire and their prices are quite moderate.

Big Joe Motors is located at No 91, Effurun – Sapele Road Warri. It is another Benin based transport line with terminal in Warri. This transport line is accredited with starting the trend of long distance travel in the Niger Delta region.

Big Joe Motors has lots of large buses that travels to various routes of the country. Places like Benin, Kano, Lagos and Abuja are part of the route the transport line cover.

Bob Izua Motors in Warri is located at Enerhen Junction Warri. It used to be one of the best transport companies in Warri in the early 2000. These days its popularity has faded due to its inability to upgrade.

The transport line is still available and has some very experienced drivers, their major route from Warri is Benin where their head office is situated. Bob Izua Motors is still standing taking passengers to their destination safely.

Faith Motors which is located at Enerhen Junction makes our list of the top transport companies in Warri due to its longevity. This transport line has been in existence in the city of Warri for over 10 years now. The major route it travels is Benin and other cities in Edo State.

Faith Motors is known for its cheap transport fare and experienced drivers. The transport line is one of the most preferred choice of travelers who desire cheap means of transport.

This transport line is located at 230 P. T. I. Rd, Effurun GRA, Warri. It was formerly handly by the Delta State Government before it was handed to private management. It is a good means of transportation if you are looking to travel within Delta State.

It has several types of vehicles suitable for long distance travel. Their space bus (sienna) is commonly used for trips to Asaba from Warri. They also have luxurious buses that are efficient and cheap in terms of fee.

ABC transport located at 194, PTI Road, Effurum, Warri makes our list of the top transport companies in Warri. This transport line is known for its large number of buses. ABC transport Warri, travels to different locations in the country.

Their drives are experienced and well trained. There is hardly record of road accidents and their buses are spacious and comfortable for long distance travel. Some of the route they travel are Port Harcourt, Umuahia, Owerri, Lagos, Calabar, Mbaise and lots more.

This transport line is very popular in the Southern region of Nigeria. Their Warri terminal is located at Airport Junction Warri. It is a very good transport company and lots of traders and students use it.

They have large numbers of buses and various terminals around the country. Peace Mass Transit travel to locations like Port Harcourt, Owerri, Enugu, Calabar, Onitsha, Lagos, Jos and lots more. Their transport fare is quite moderate and their vehicles are used for carrying goods. Peace Mass Transit also have good parcel service for waybill.

Drop your feedback and questions on our comment section below. 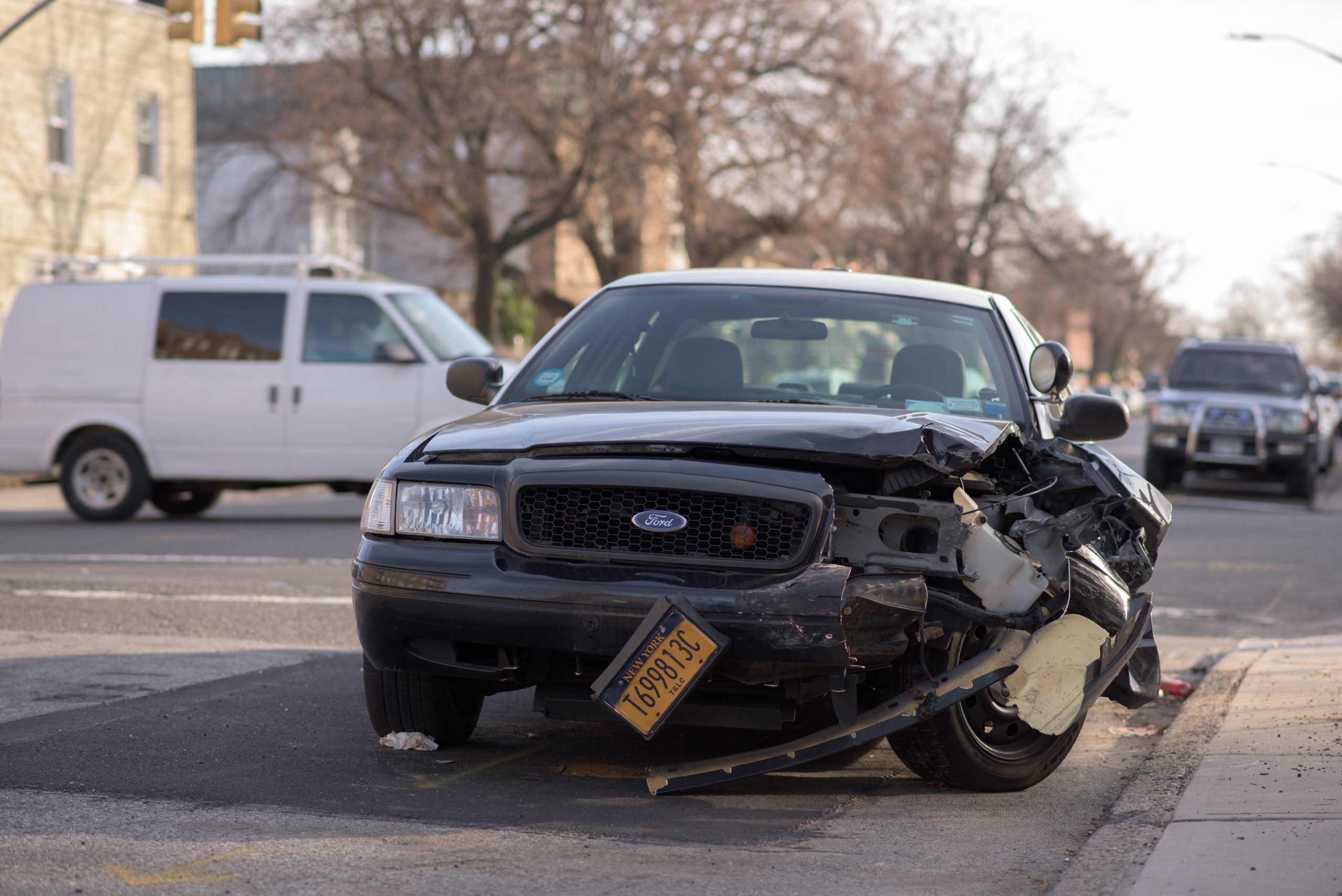 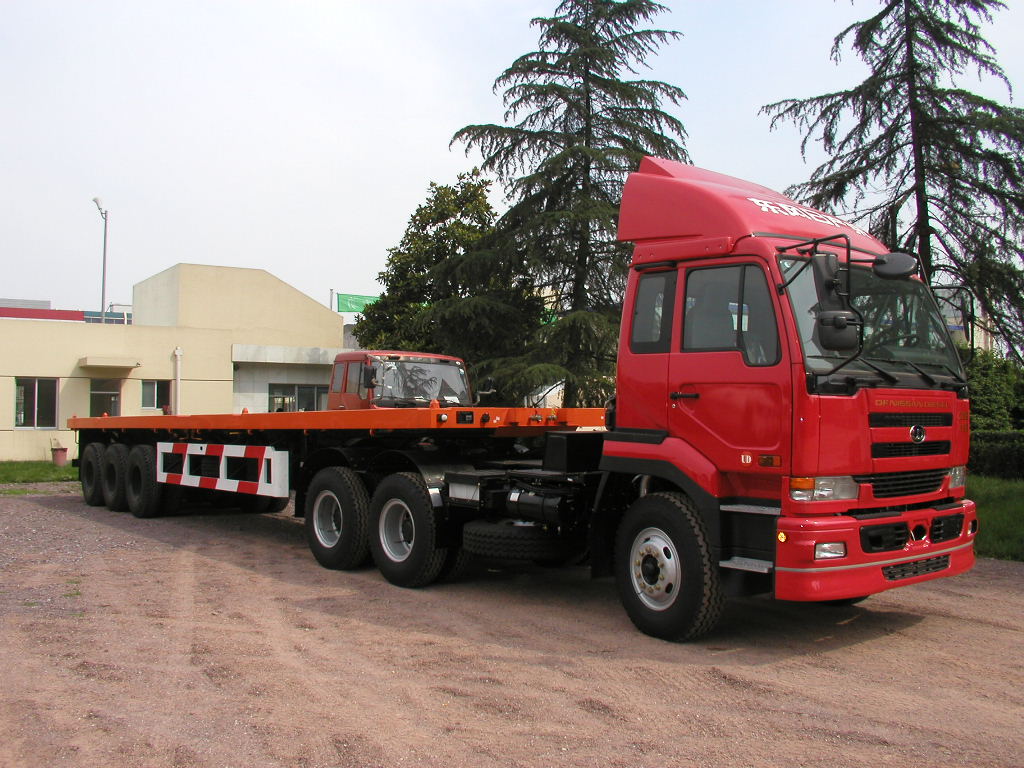 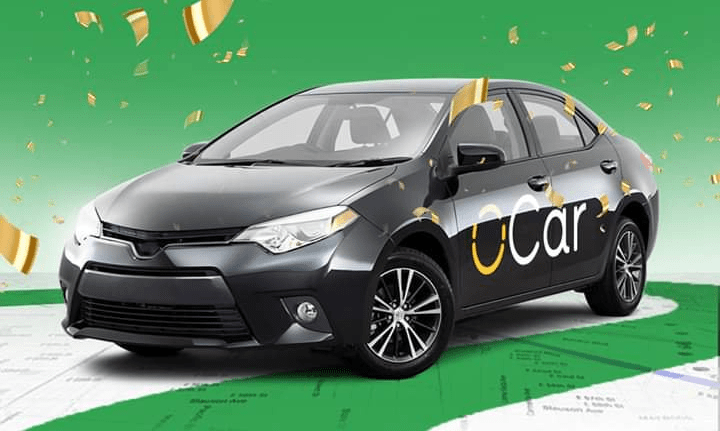 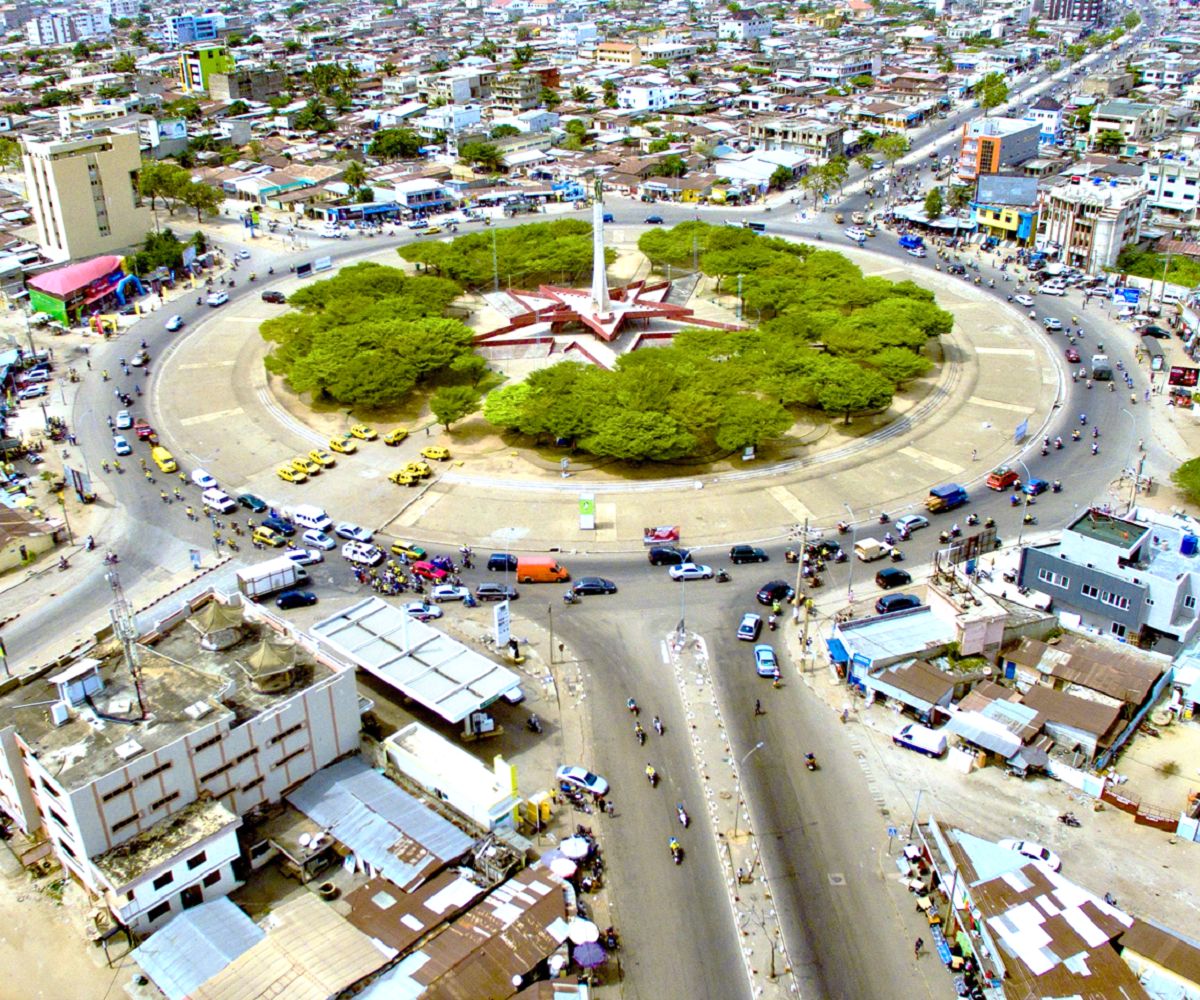 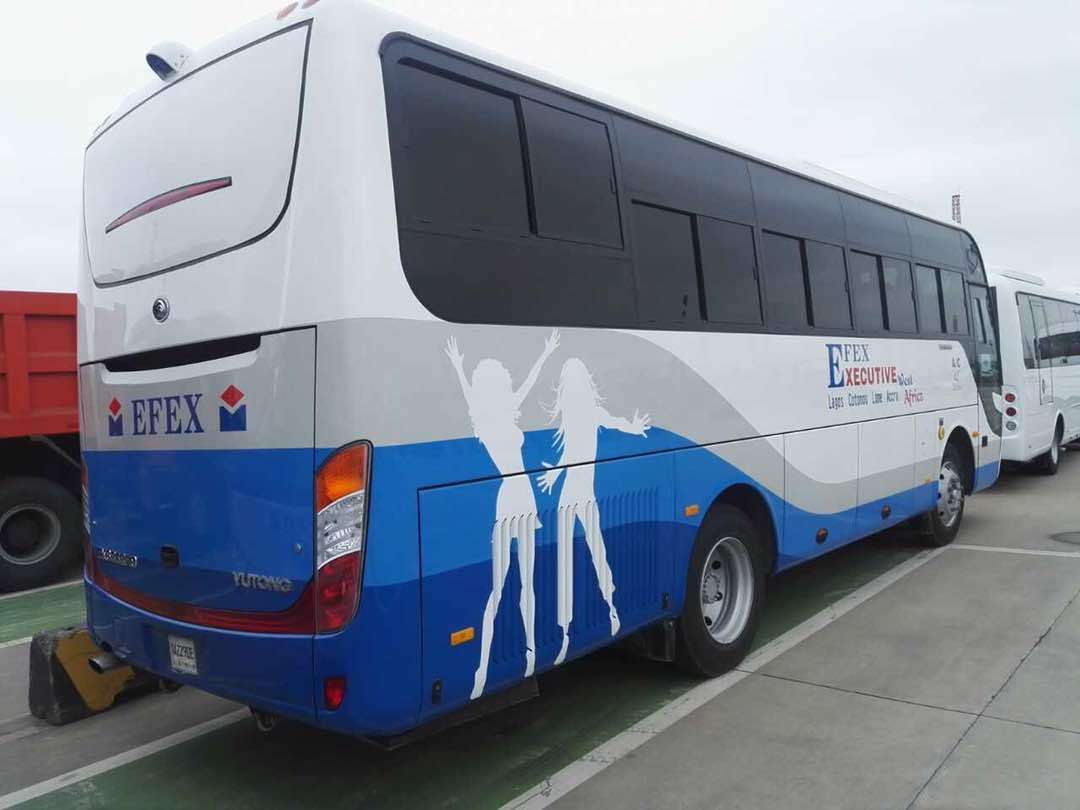 The All Time Top 5 Transport Companies In Nigeria 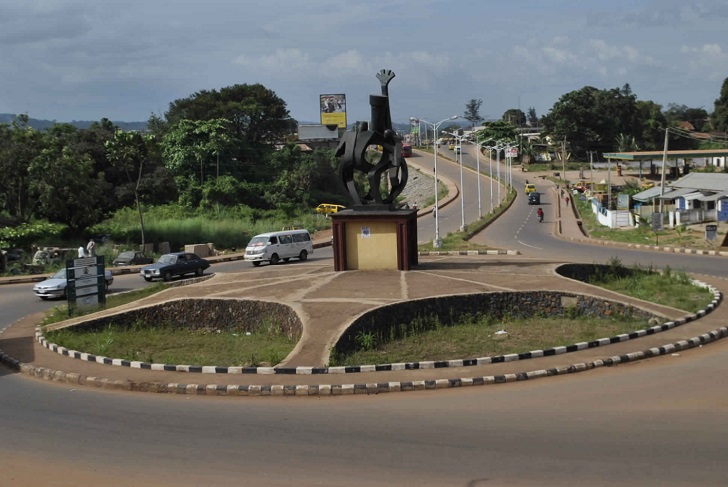